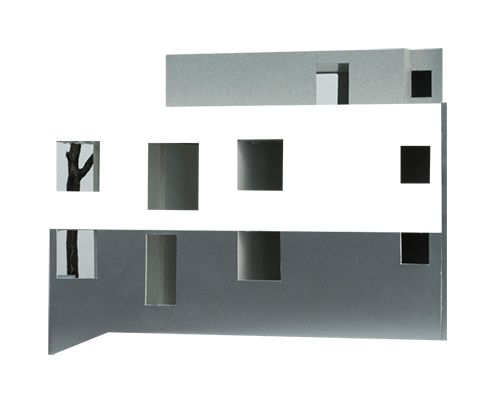 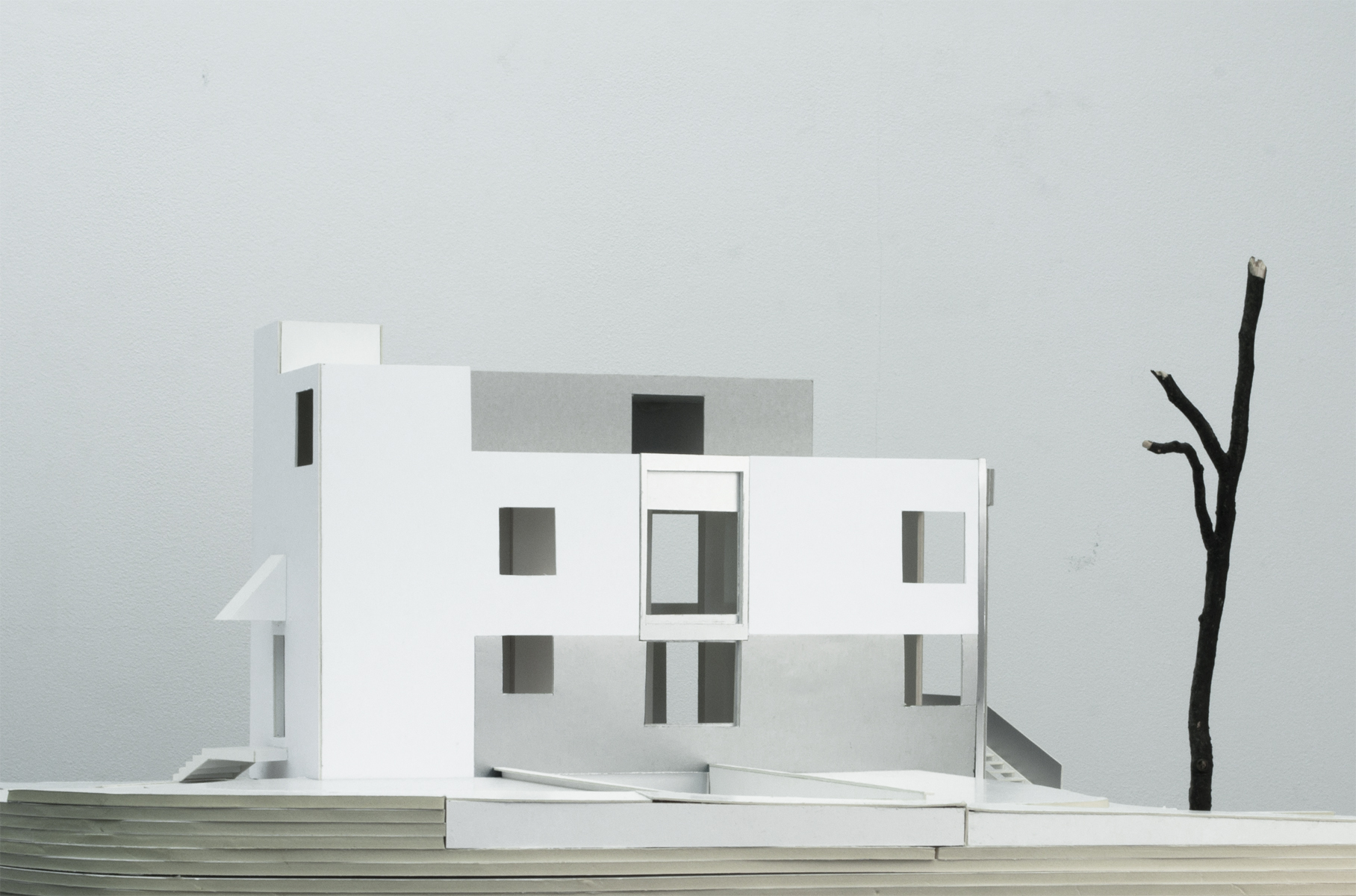 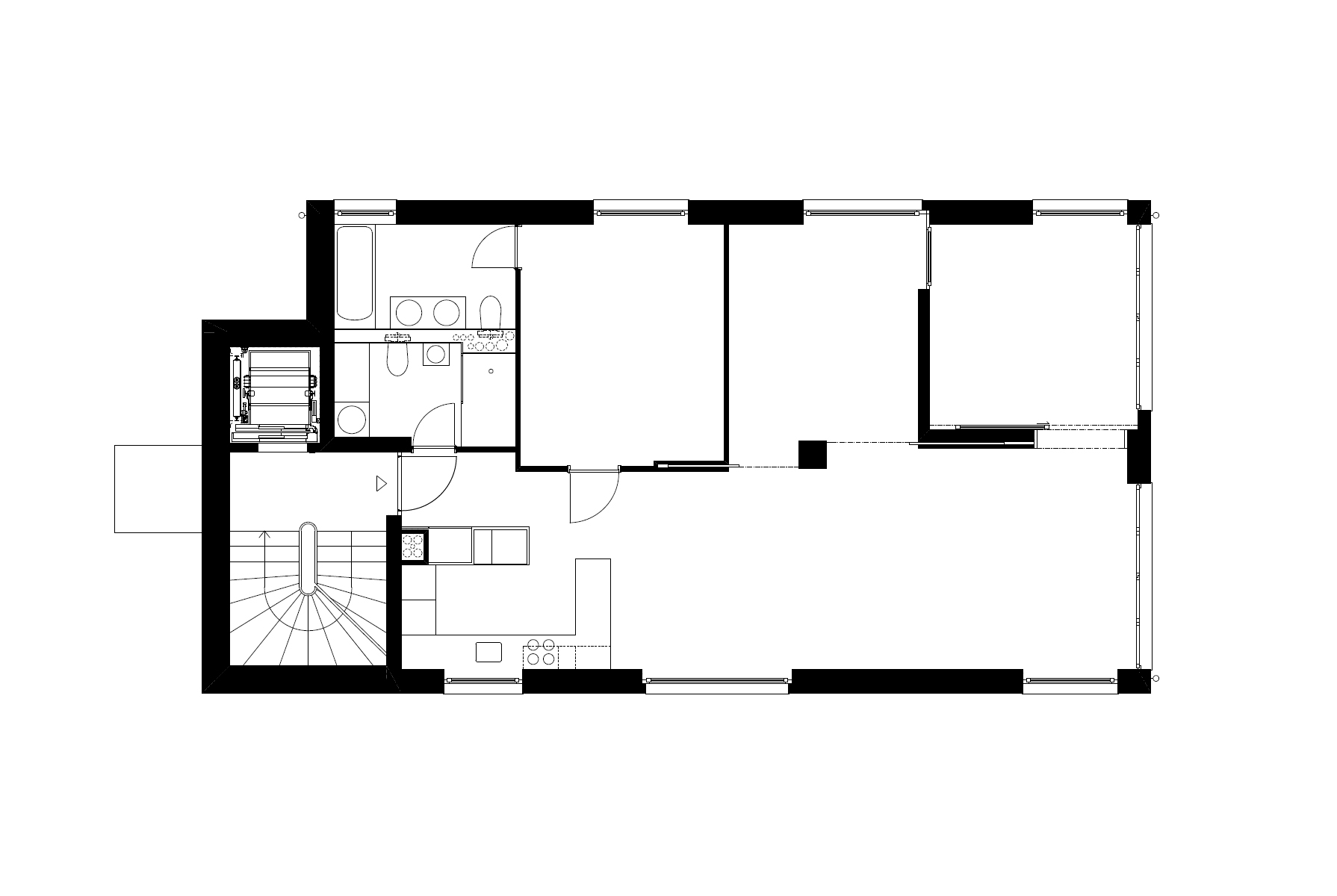 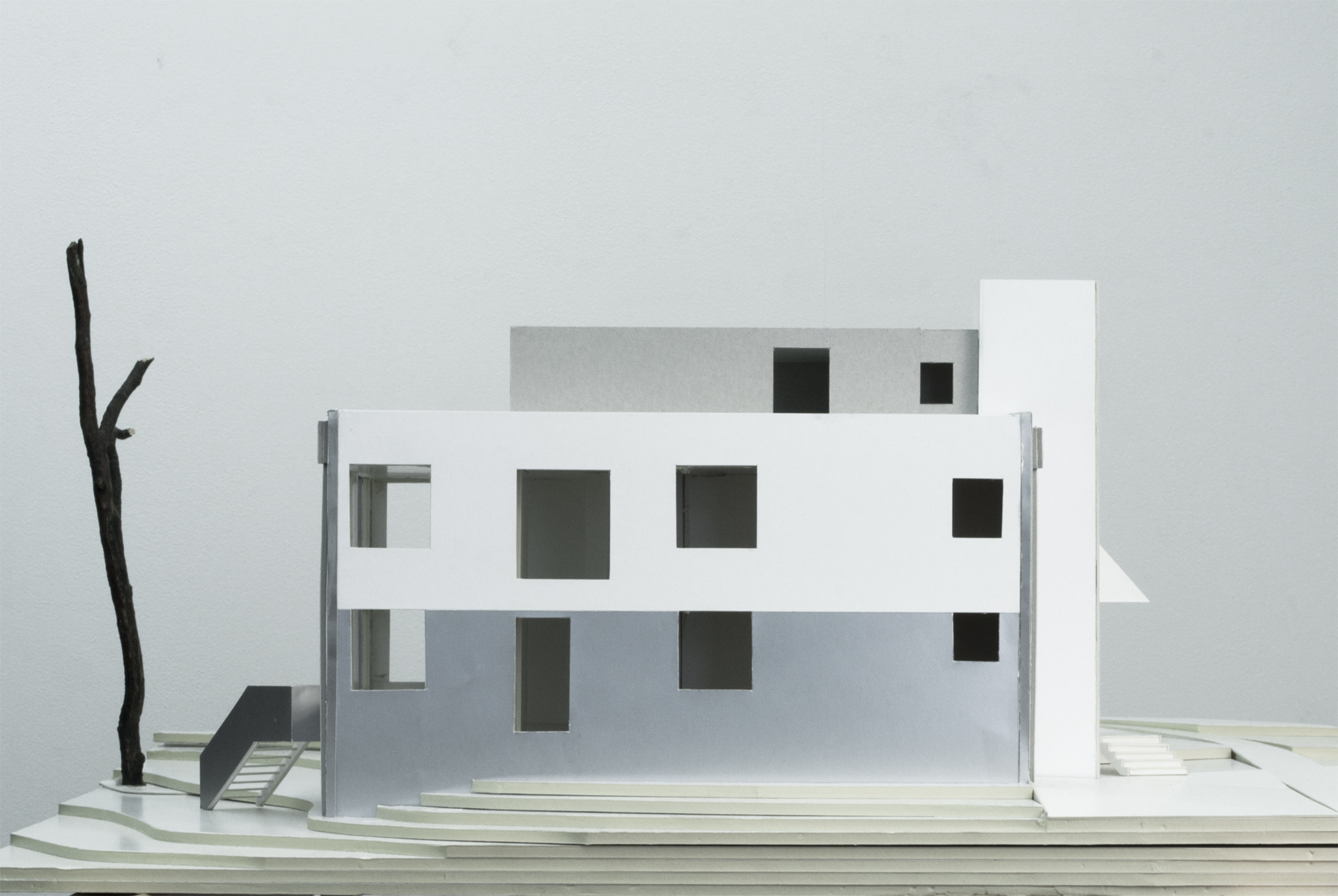 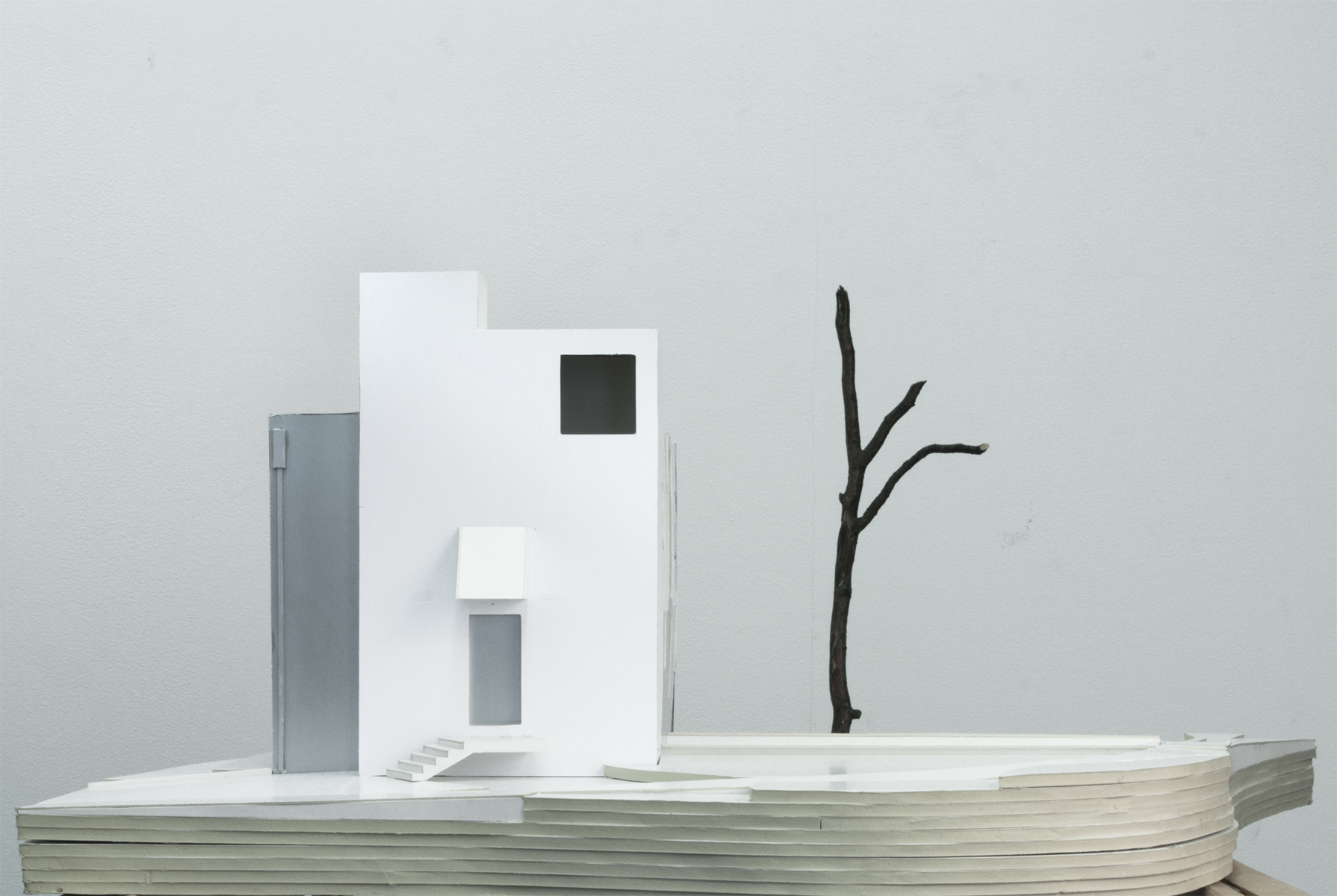 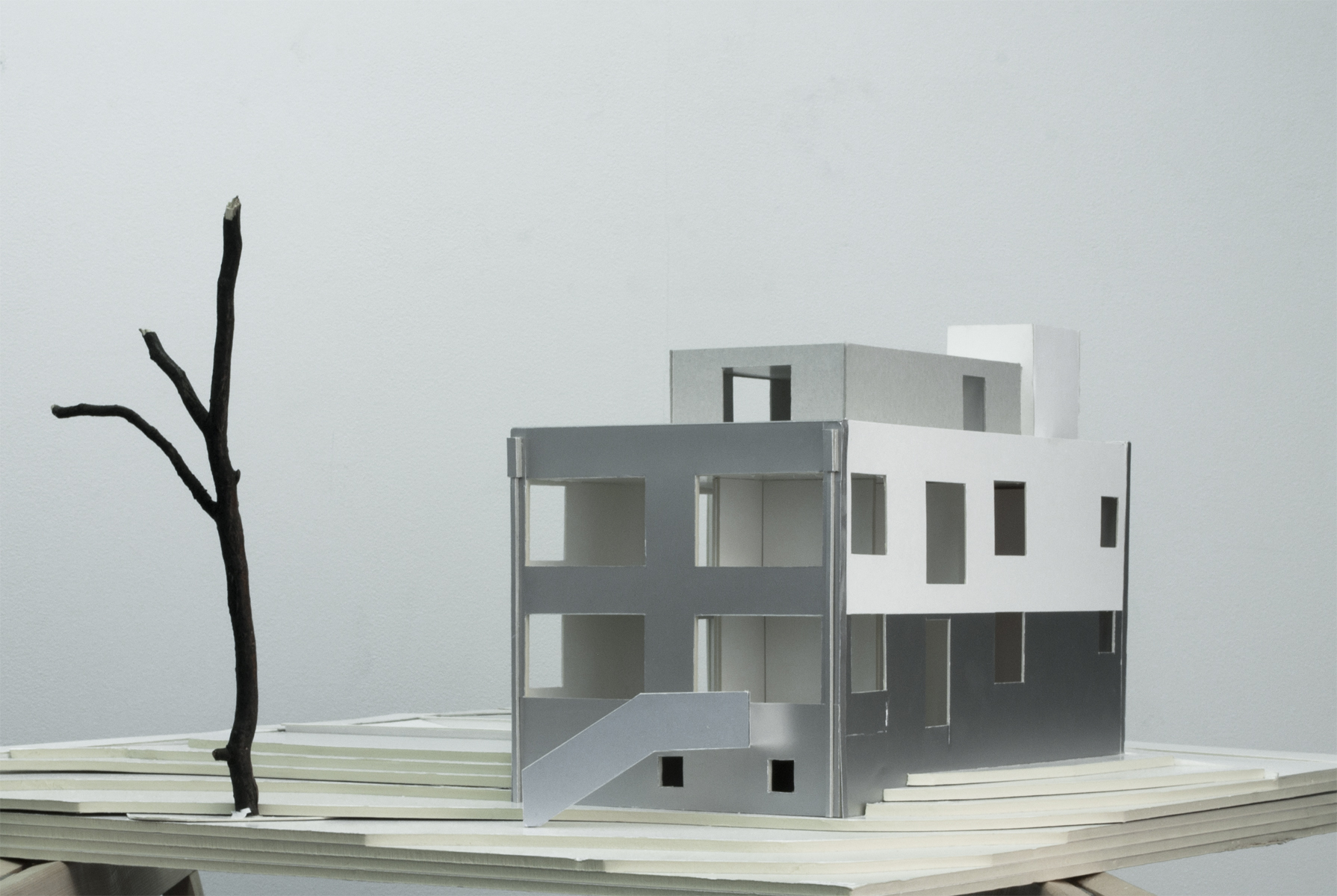 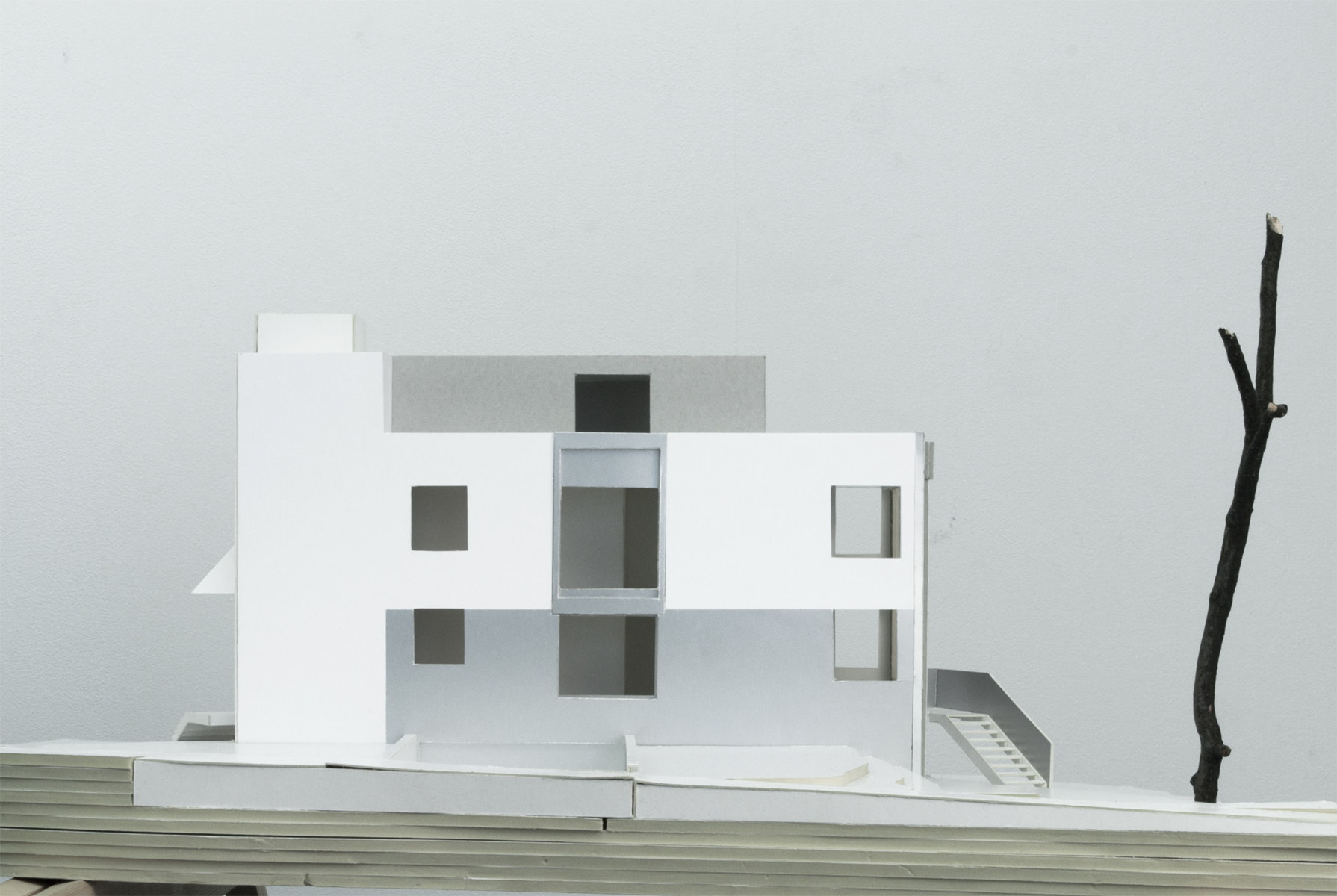 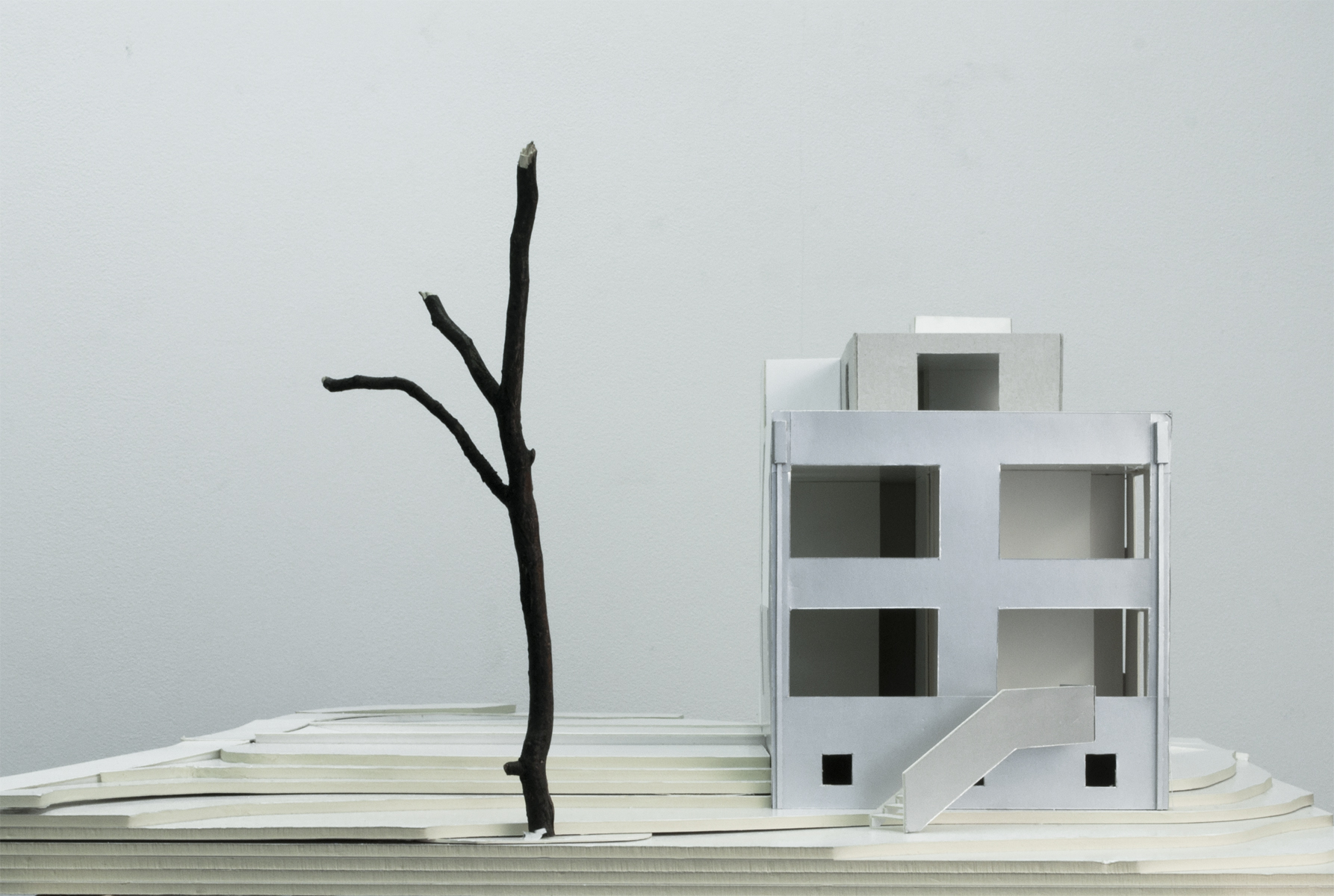 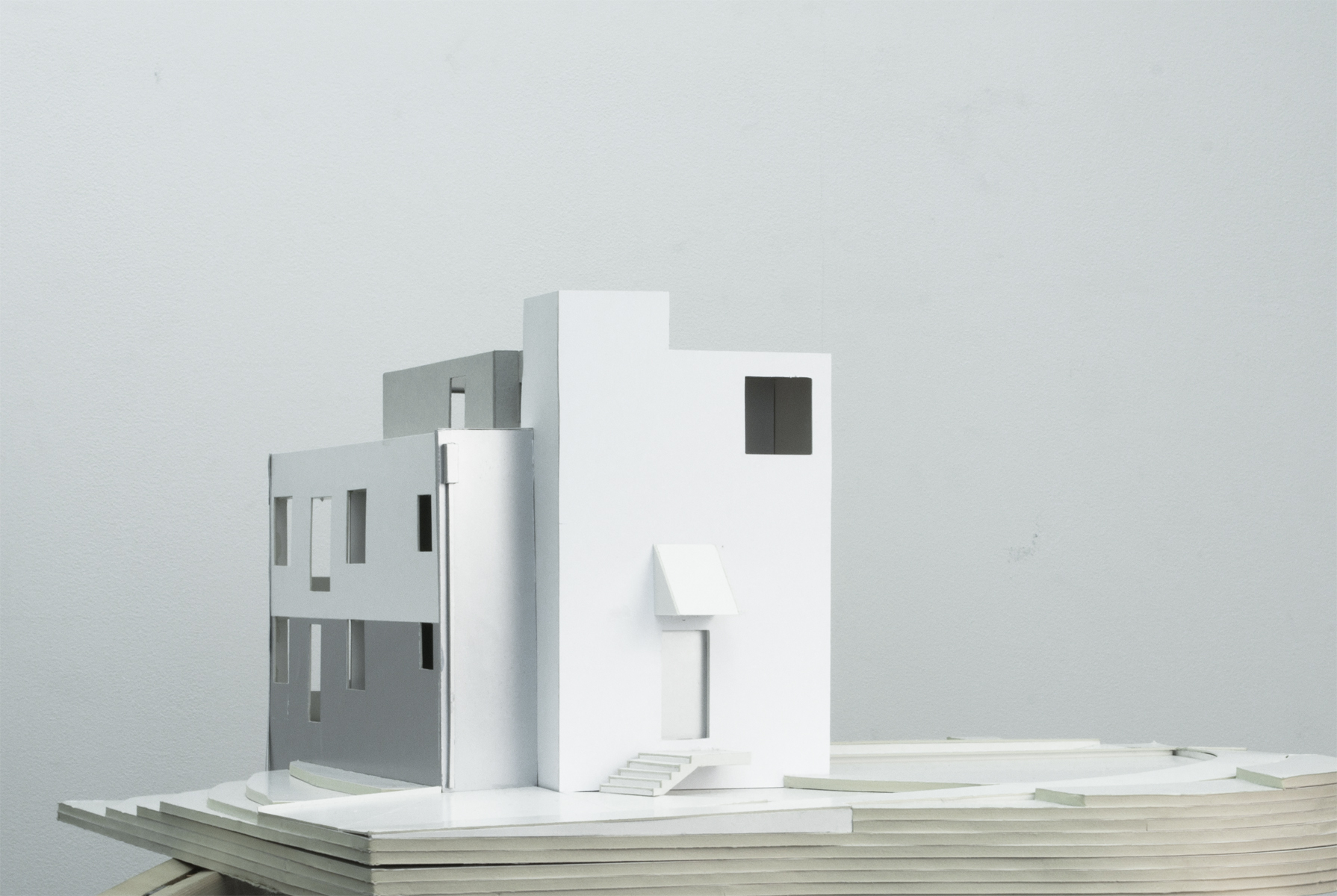 This project for an apartment house is located in Binningen, a suburban neighbourhood of Basel. It is of exceptionally small dimensions consisting only of two 3.5 bedroom flats and a rooftop studio.

The house is located on a corner parcel at the end of a row of single family houses. The rectangular volume has its short side on the street continuing the rhythm of solid and void of the neighbouring buildings. Its long side stretches over the site ending the row addressing the turn of the street.

Upon entering one of the apartments, the living space spans the entire western length of the building facing a magnificent view across the valley. The living space is arranged like a trefoil around a central pillar separating the space into a kitchen and dining area, sofa area, and study. The pillar is clad in white marble and serves as the apartment’s gravitational centre. It creates areas of privacy within the space and enhances diagonal visual connections, creating a sense of spatial depth and generosity.

We felt it was important to give the building an outward expression that would address its suburban context dominated by single family homes. At the same time we wanted to give the building a character that expresses the collective nature of an apartment building, despite its small dimensions.

Each façade is developed independently. While the elevation facing the street is three-dimensional and almost figural, the façades in the garden are flat and abstract.
The south western garden facade gains its specific character not just from the fact that it addresses a street but also that it spans over a ramp leading to the parking located in the building’s basement. The tension of the façade is interrupted yet centred on a vertical window motif, introducing a sense of symmetry and balance.

The design of the building’s plaster skin emphasizes the facades’ two-dimensional quality, to the point to which it appears as if it building was composed of single masks.