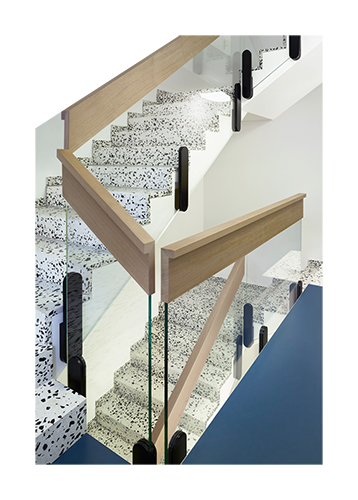 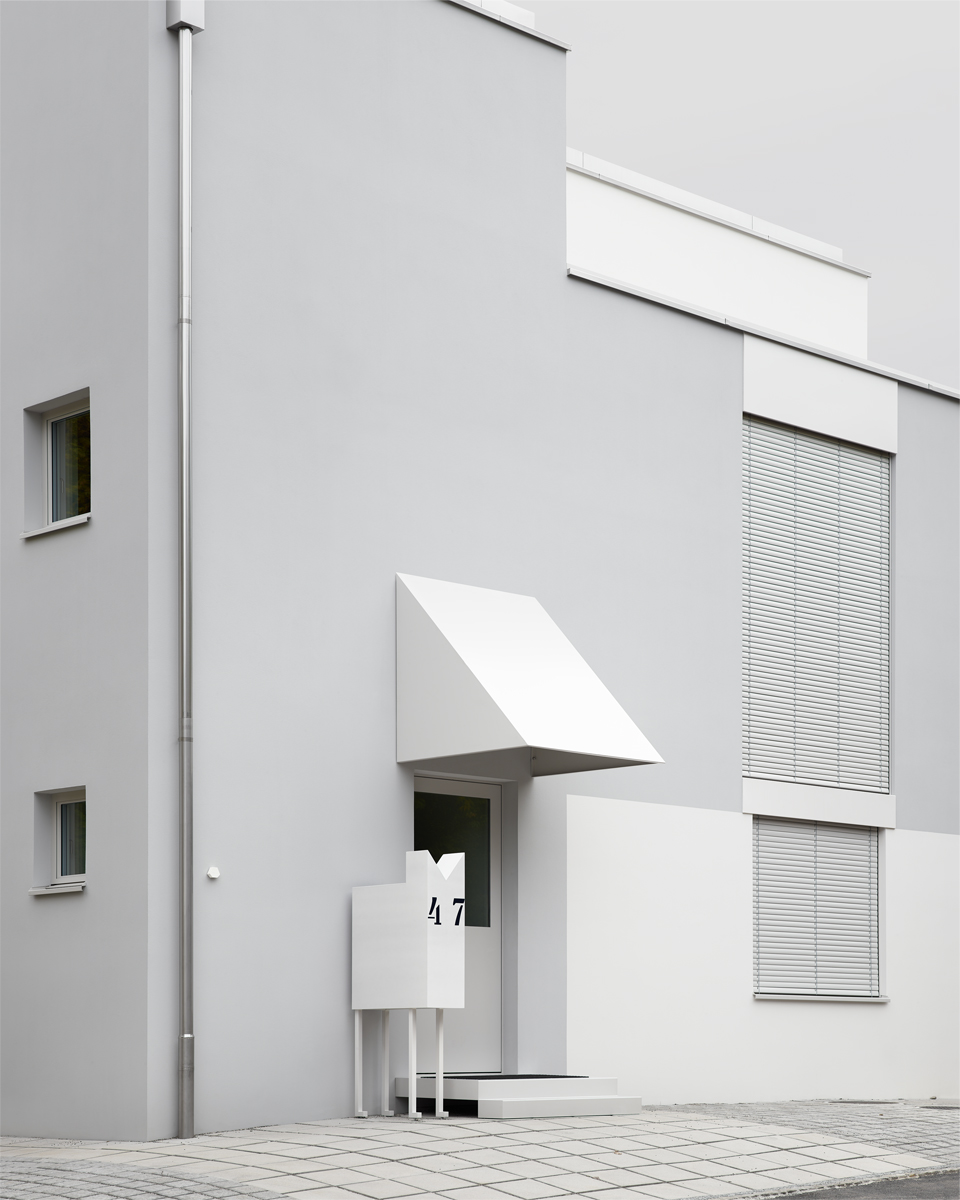 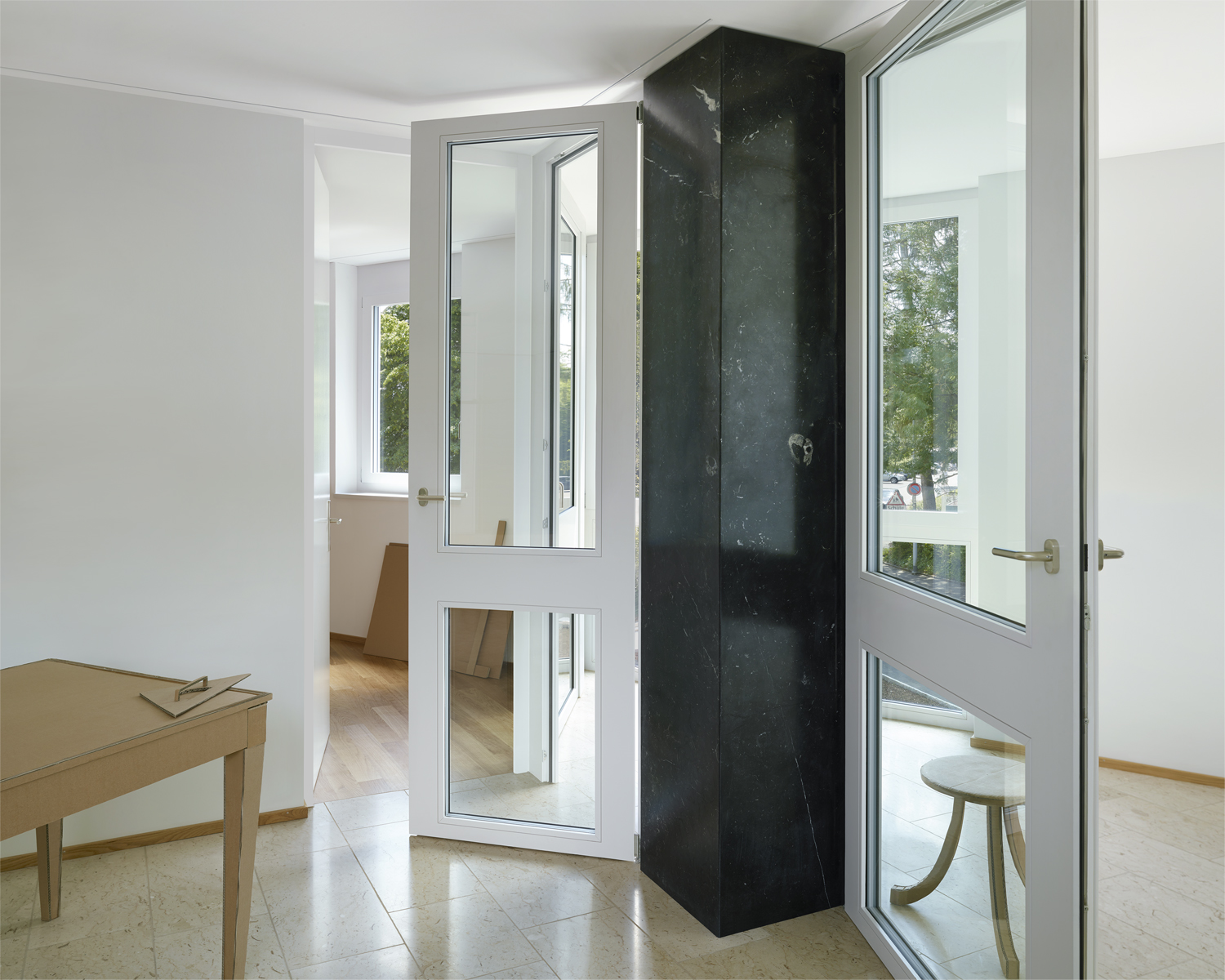 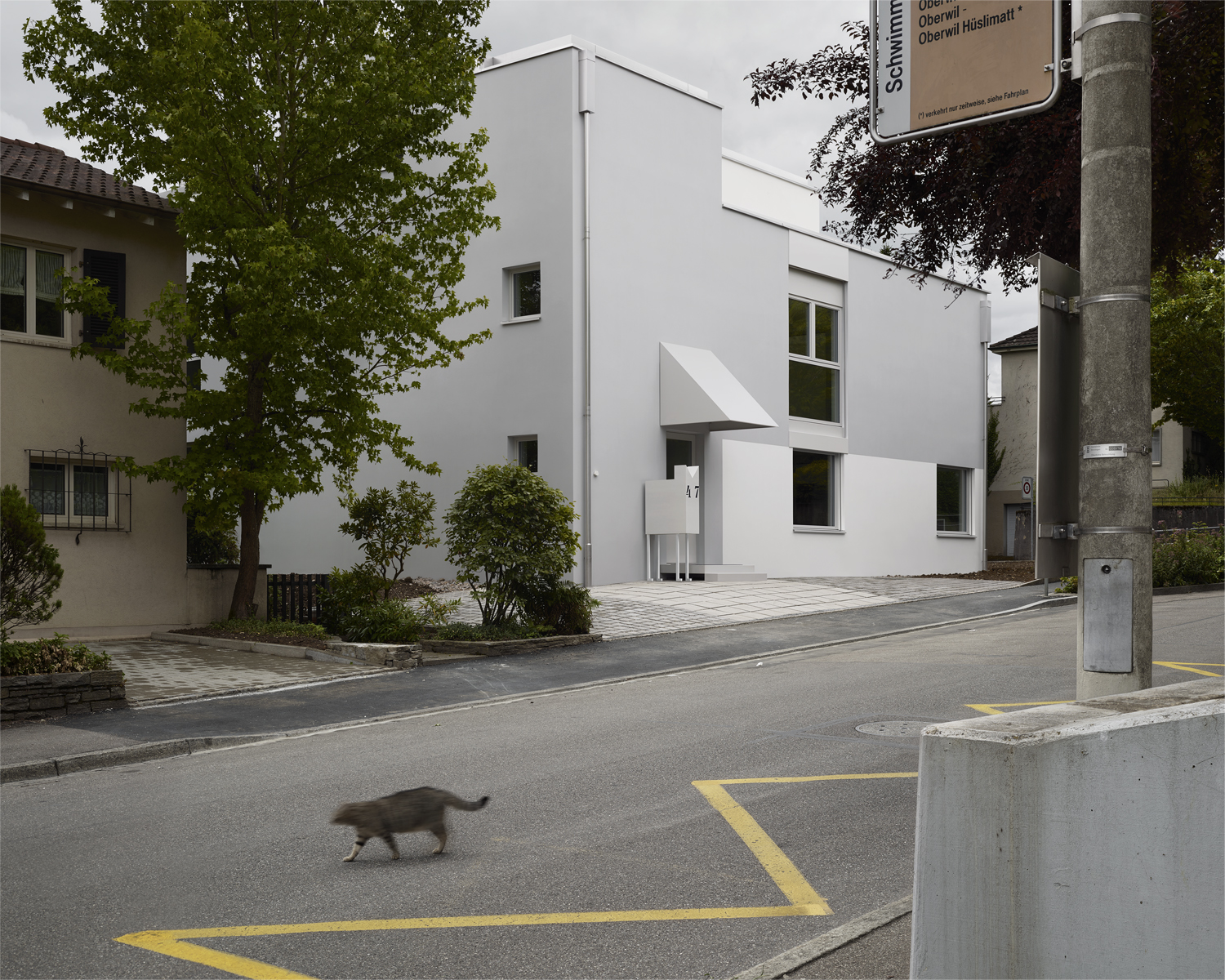 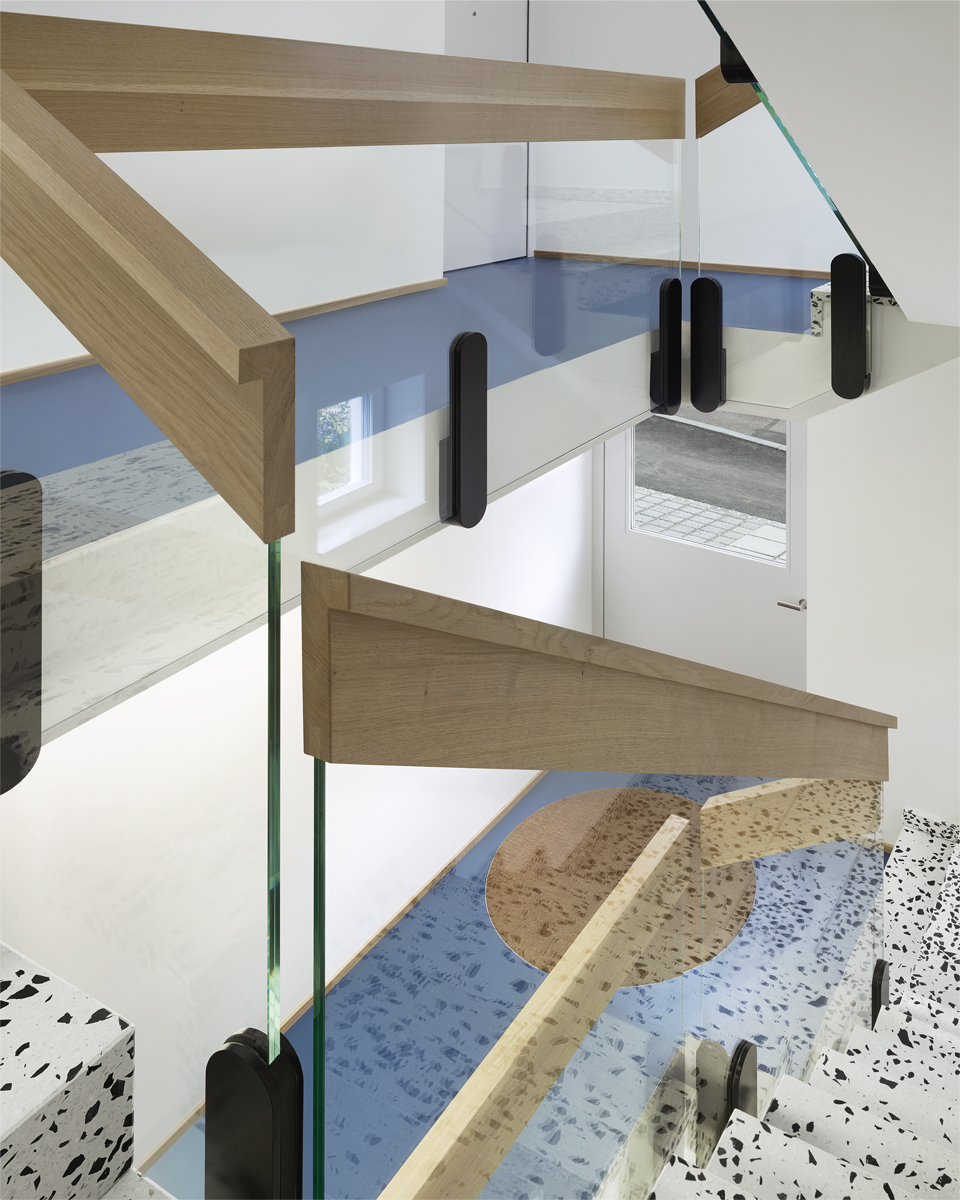 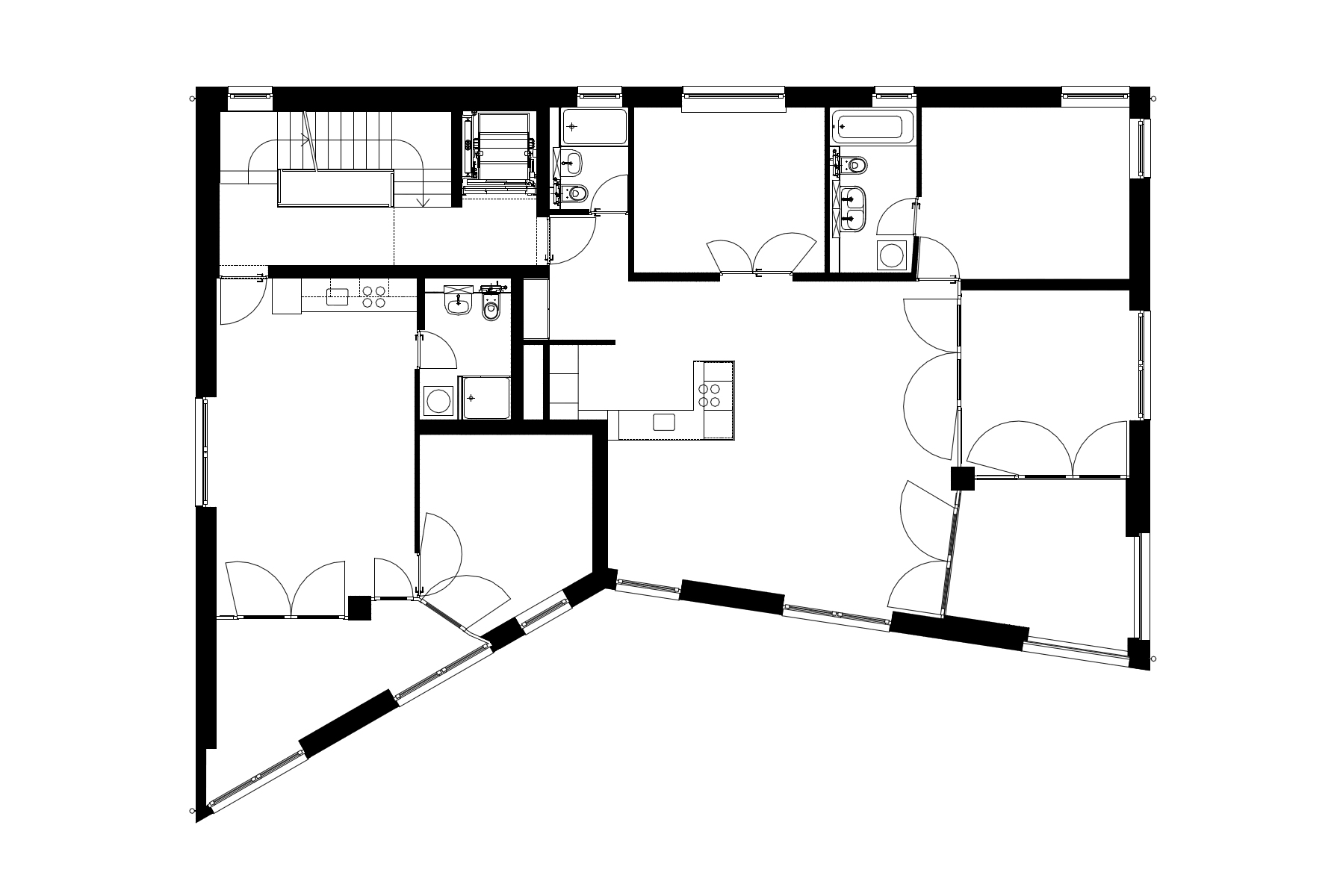 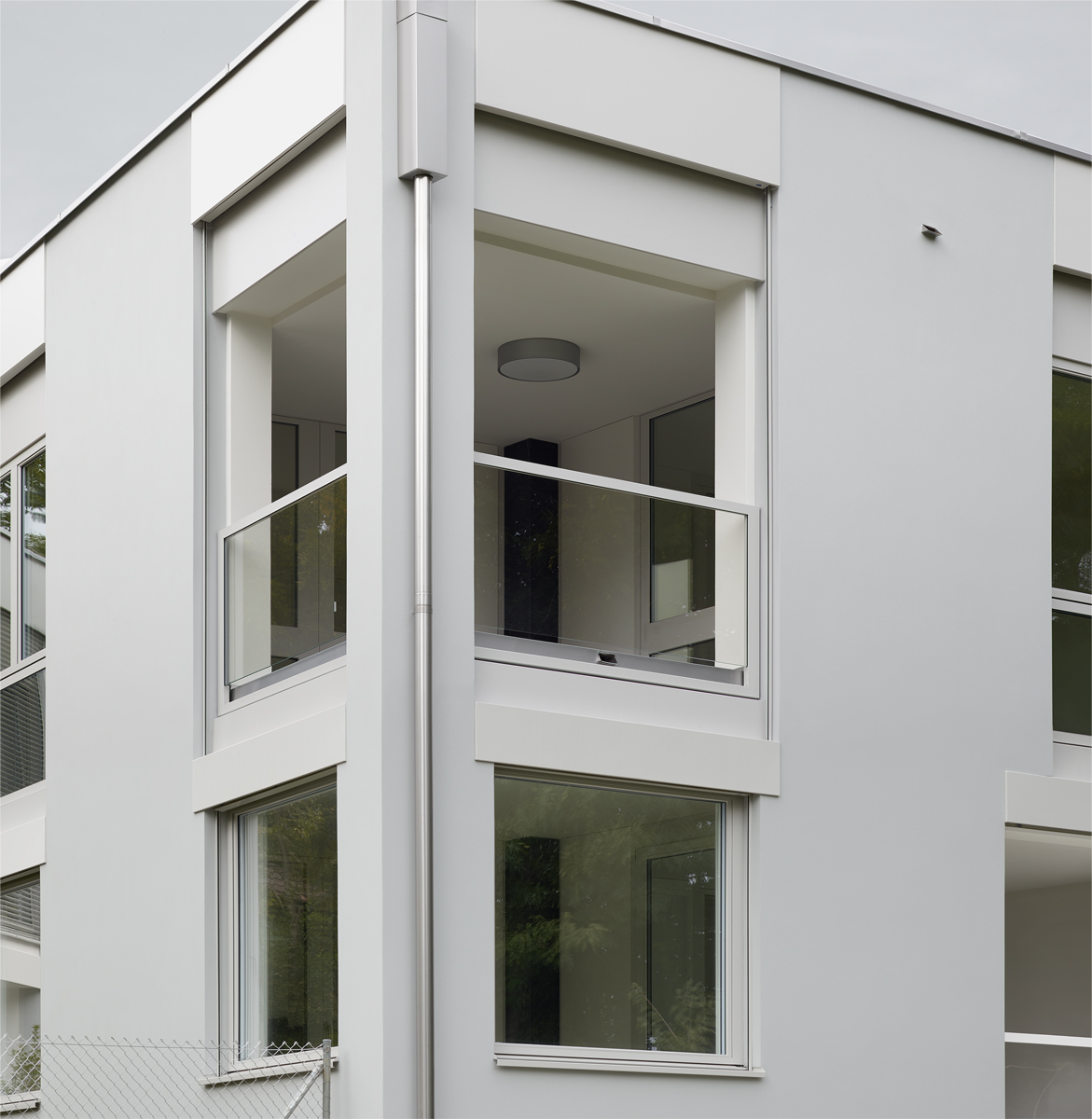 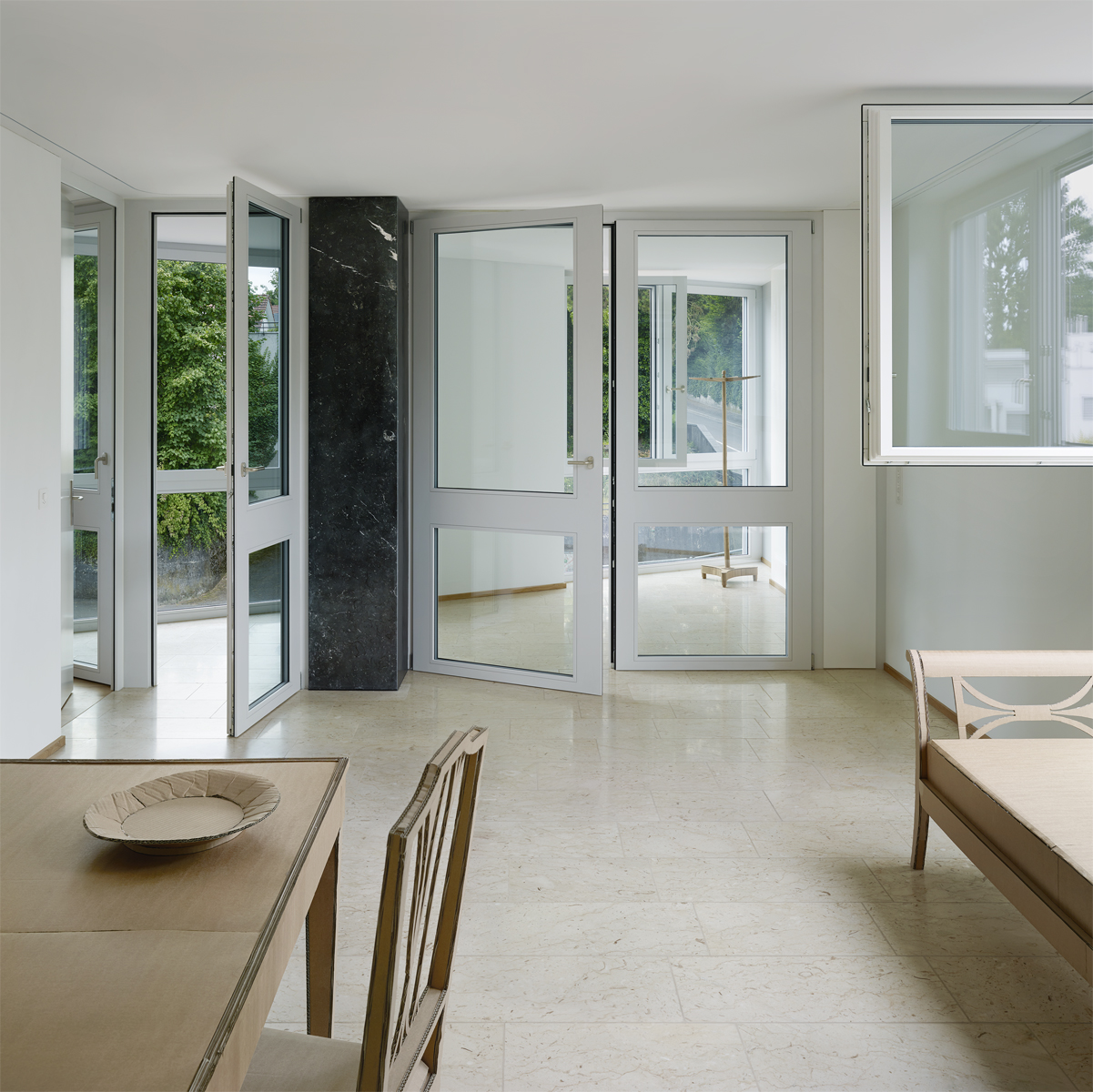 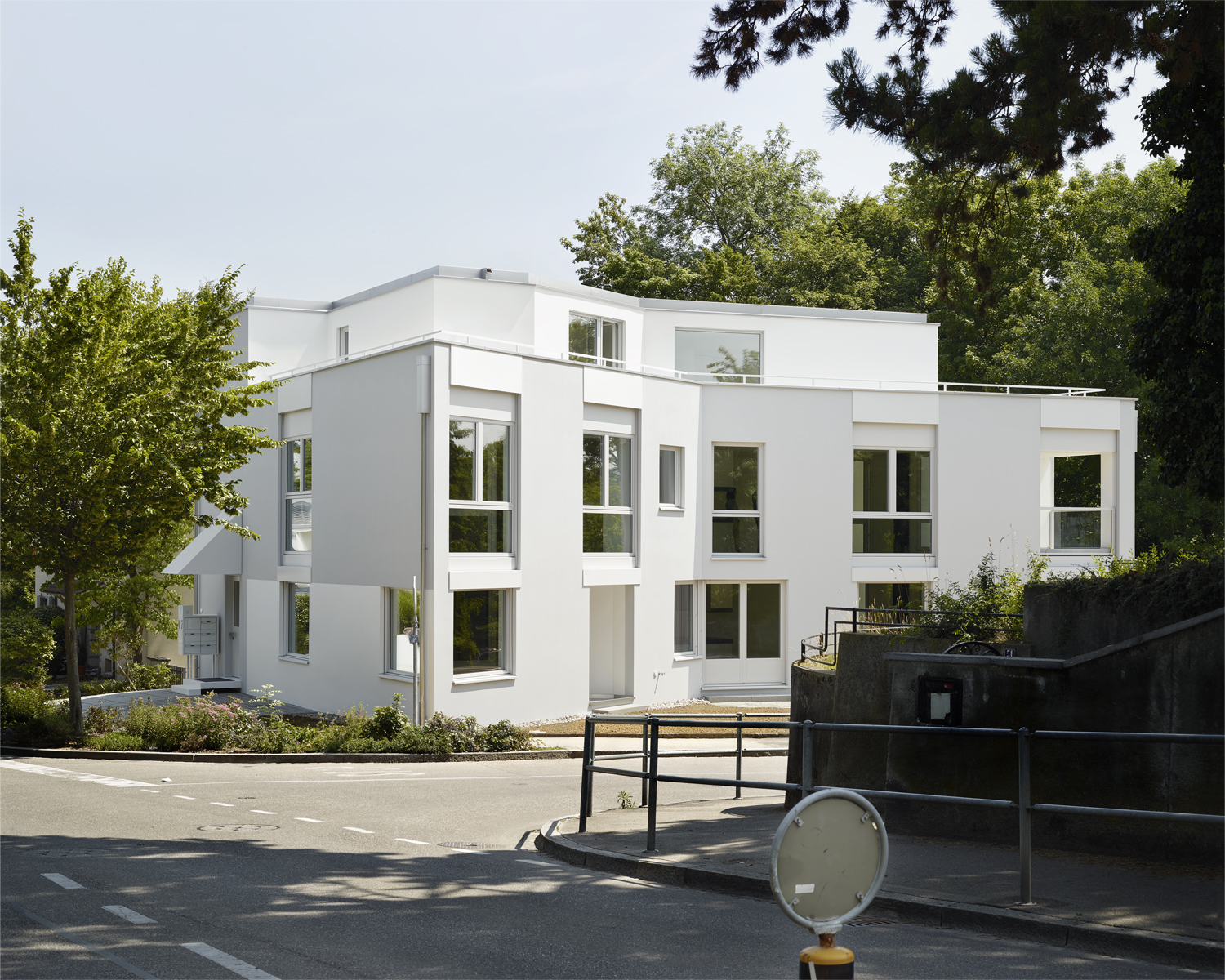 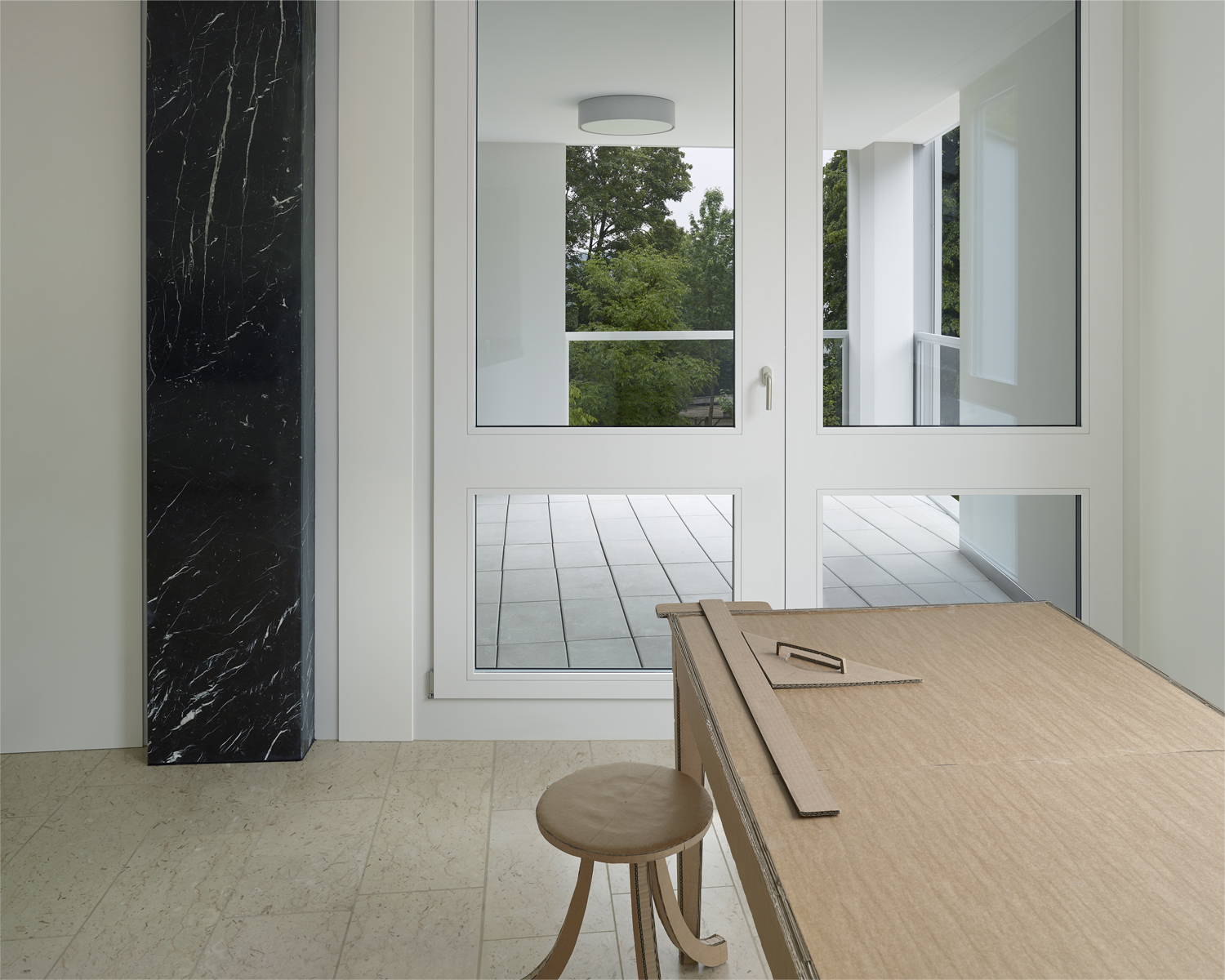 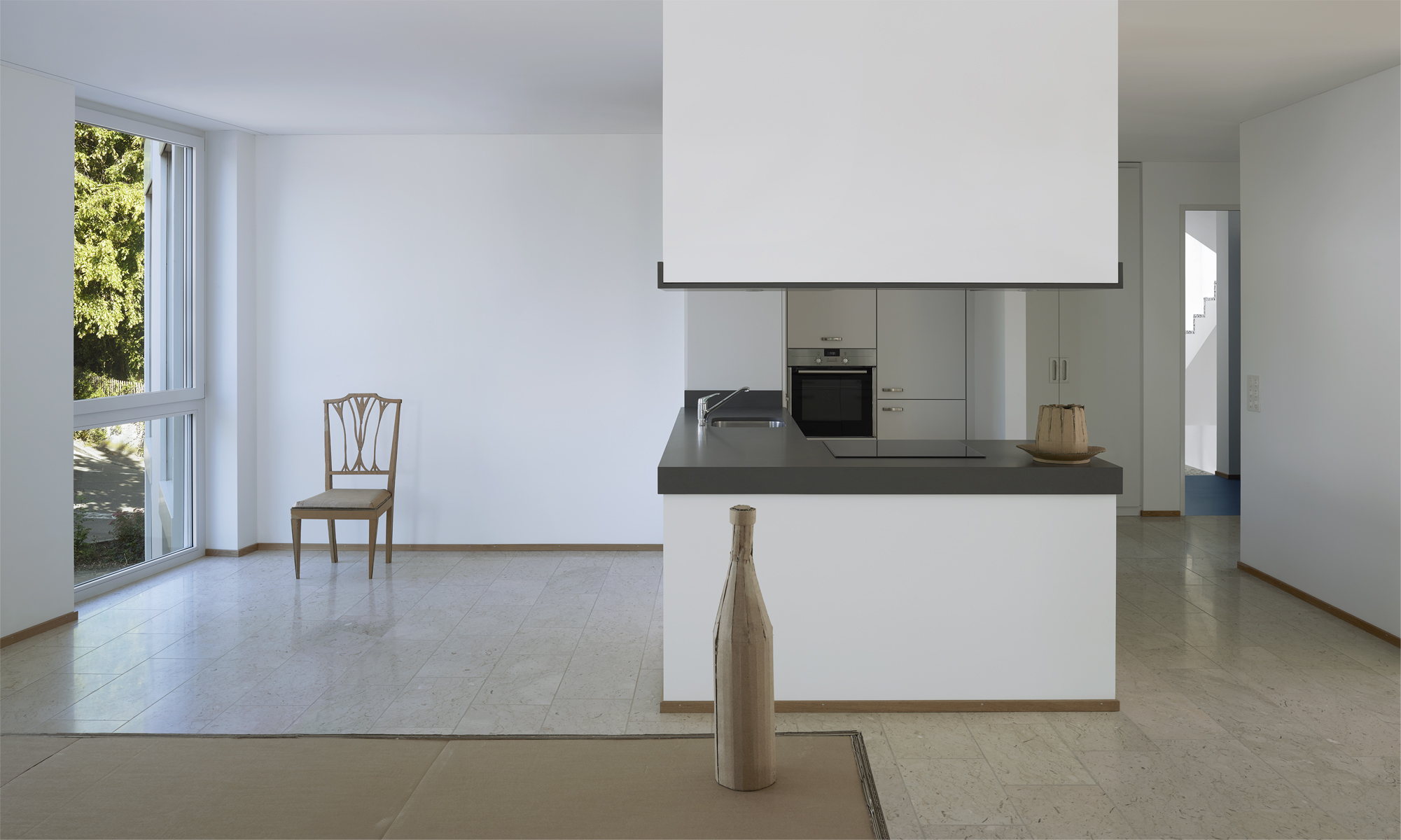 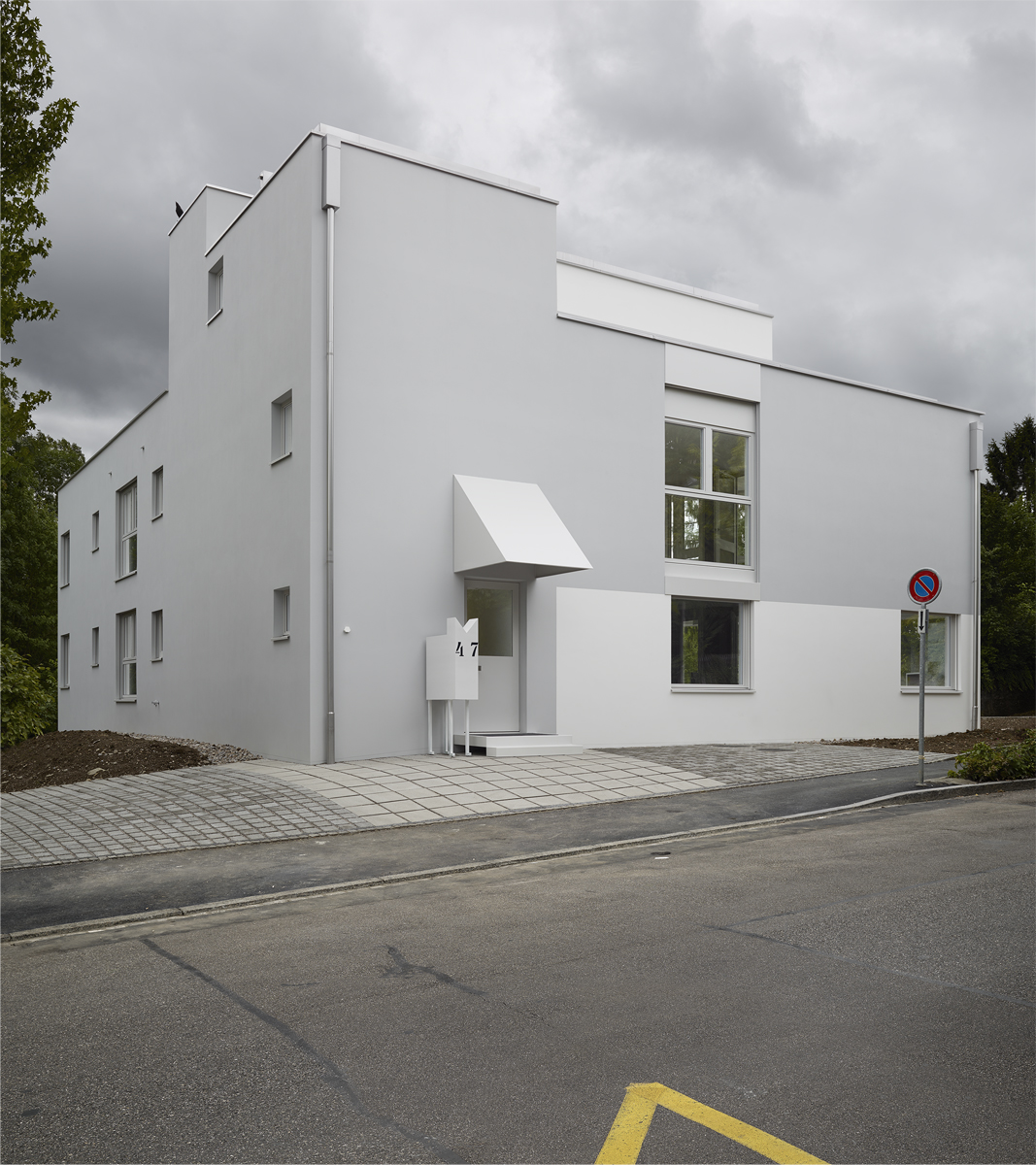 In the end the building resembles a model that is composed of a series of planar surfaces.

The house in Binningen, a five unit apartment building, responds to what we felt was an intrusion of a big building into a quaint neighbourhood of single family houses. The problem for us was to give a squat two-floor building a collective expression.

We introduced a composite two-storey window motif in which, in the manner of Michelangelo, a smaller window is suspended from an emphatically framed main window. This unifies the two storeys and lifts the building’s centre of gravity. This motif structures the elevations, establishing symmetry on the street façade and a loose rhythm on the garden facades.
The monochromatic relief of render planes and elements made out of folded metal give the building an origami like volumetric presence.

The house has an irregular plan concealed behind precisely articulated facades. The façade of the building provides order to the exterior spaces and the interior spaces.
When designing the facade, we discovered that it is increasingly difficult to create a seamless unity between the façade and the structure of the interior spaces. The relationship between the building as an urban figure and the apartment plans has become loose.